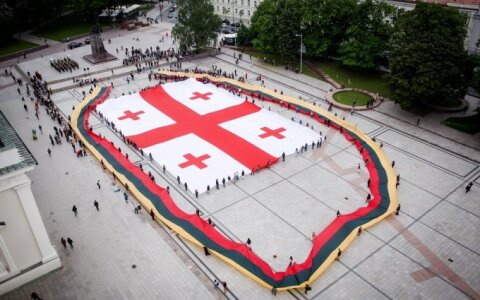 On 26 May, at noon, school children at Vilnius Cathedral square held a giant Georgian flag, surrounded by Lithuanian flag in the shape of heart, to mark the Independence Day of Georgia. The event commemorated the 26 May 1918 adoption of the Act of Independence, which established the Democratic Republic of Georgia after the collapse of the Russian empire.

The flag holding ceremony was attended by Dalia Grybauskaitė,