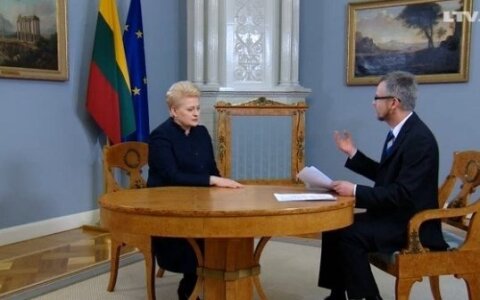 A Latvian journalist has felt the wrath of the Lithuanian president after asking several questions that "have not been agreed upon". The president insistently, and rather gracelessly, refused to answer questions about gay rights in Lithuania, a supermarket roof collapse in Riga and basketball.

In the run-up to the Eastern Partnership Summit in Riga, journalist Gundars Reders of Latvia's LTV channel interviewed President Dalia Grybauskaitė in Vilnius. The 30-minute interview mostly focused on foreign policies and EU affairs. However, things went south once the Lithuanian president was