Romer family heiress to be received by Lithuanian president 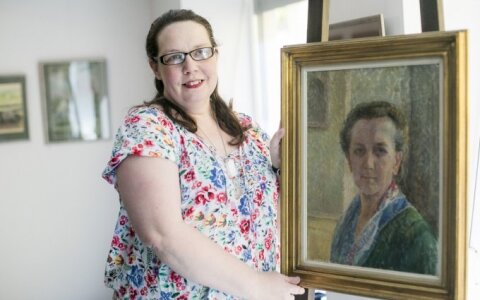 President Dalia Grybauskaitė has invited Ms Marija Elena Romeryte (Marisha Helena Romer in English) to the Presidential Palace in Vilnius on May 20. President Grybauskaitė will be presented with two original oils painted by Marisha’s grandmother, renowned Lithuanian artist Sofija Romeriene, whose life and works have been extensively documented and published. Some of her works, considered Lithuanian National Treasure, appear in the most prestigious museums of Lithuania, Poland as well as London.

Ms Romer will be making a presentation to Madame President and giving a short speech paying tribute to her Lithuanian heritage, the influence of her adopted nations, and the achievements and inspiration of her ancestors, as well as her passion to return to Lithuania. Marisha is a direct descenden

Romer family heiress to be received by Lithuanian president