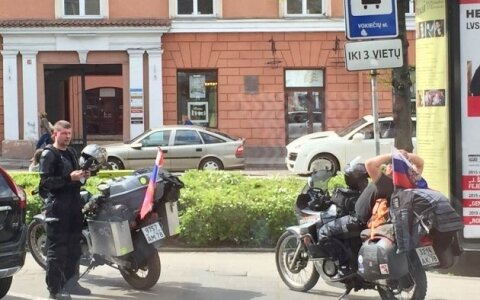 Several Russian bikers were spotted in central Vilnius on Monday, sparking speculation that they may be members of the Night Wolves, a nationalist Russian motorcyclist club organizing a road trip from Moscow to Berlin. While a number of members of the club have been stopped and sent back from the Lithuanian border, several Russian bikers were let in.

Two Russian bikers who had all necessary border-crossing documents have been allowed to enter Lithuania but they are not participants of the so-called biker march to Berlin, a spokesman for the Lithuanian State Border Guard Service told BNS on Monday.

"Two bikers have been spotted in Vilniu