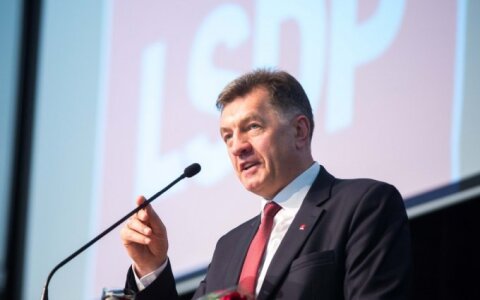 Prime Minister Algirdas Butkevičius was re-elected as the leader of the ruling Social Democratic Party for a two-year term on Friday.

Butkevičius was supported by 487 members, while his only competitor Algirdas Sysas, the vice-chairman of the party and the parliament, received 151 votes during the party's congress. Another seven ballot papers were found damaged, Vitalijus Mitrofanovas, the chairman of the vote counting committ