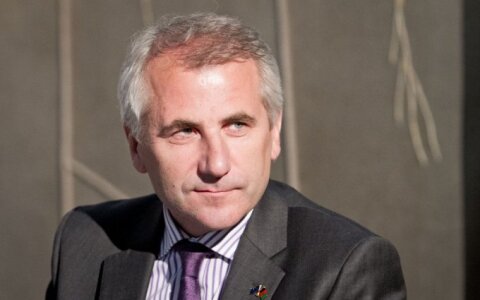 The European Union's Ambassador to Russia Vygaudas Ušackas will represent the EU at commemorative events in Moscow held to mark the 70th anniversary of the end of World War Two.

The envoy told BNS on Wednesday the decision was made by the EU leadership. The EU's top leaders, however, will not go to Moscow to observe the traditional 9 May parade.

"I will represent the EU. The EU leadership has made such a decision that I should attend the 9 May commemoration. (…)