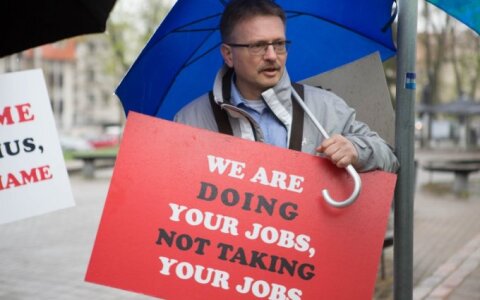 Linava, Lithuania’s national haulers' association, on Wednesday staged protests in front of French, Belgian and German embassies in Vilnius in an attempt to turn attention to those countries' laws which, according to haulers, unnecessarily limits their activities.

“The European Union’s old-timers are trying to… protect their markets through their national legislation. In the opinion of lawyers, MEPs and in our own view, it’s illegal, since the concept of the European Union implies free movement of goods and services,” Erlandas Mikėnas, chairman