Lithuanian parliament to return to name-spelling issue in May 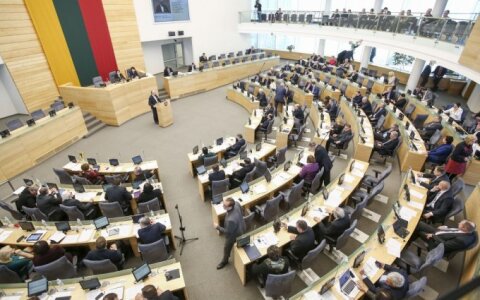 Lithuania's Prime Minister Algirdas Butkevičius stated on Wednesday that the ruling Social Democratic Party will submit a bill in May on allowing non-Lithuanian names to be spelled originally in Latin characters.

"I can say that the party's board decided two days ago to again submit the bill to the Seimas, and the submission should take place in May. Let's see, which politicians are in support and which are against," Butkevičius told Znad Wilii Polish-language radio on Wednesday morning.

Lithuanian parliament to return to name-spelling issue in May