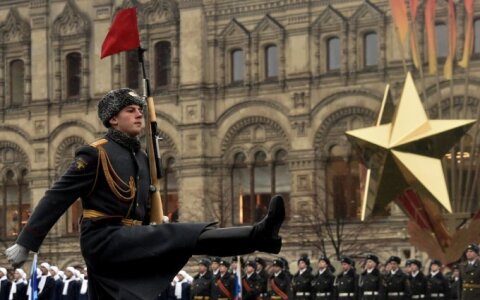 Lithuania will probably be the only country of the European Union (EU) to fully boycott the Victory Day celebrations in Moscow on 9 May, diplomats tell BNS.

"Officials of Lithuania will not attend the military parade in the Red Square in Moscow on 9 May," the Lithuanian Foreign Ministry's Information and Public Relations Department said.

According to the ministry, Lithuania's ambassador to Russia will lay flowers on the Tomb of Unknown Soldier