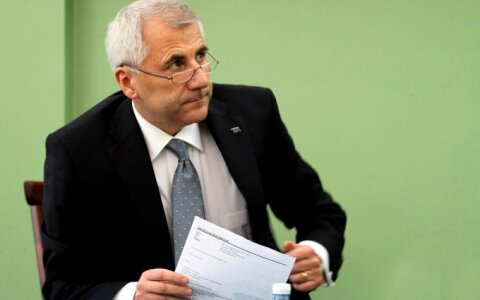 A Russian media outlet has refused to publish an article written by EU Ambassador to Moscow Vygaudas Ušackas, who uses the term "Crimea's unlawful annexation", fearing possible repressions from the Russian government.

The Lithuanian diplomat told BNS on Friday he had received a response from the editorial office of a major media outlet, saying that it could face criminal charges for the denial of Russia's territorial integrity, if it published the article.

According to Ušackas, the editorial office sugg