Lithuanian move at OSCE HQ may trigger "war of exhibitions" 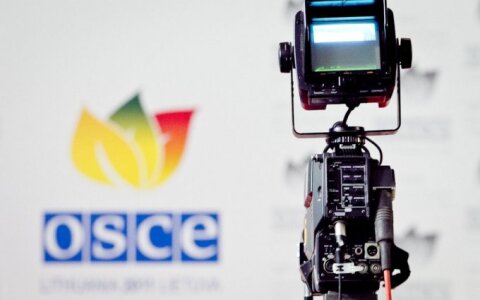 After Lithuania and Ukraine attempted to open an exhibition on annexation of Crimea at the headquarters of the Organization For Security and Cooperation in Europe (OSCE), a "war of exhibitions" may break out in the palace in Vienna, says the organization's secretary general.

In March, Lithuania's Ambassador Petras Vaitiekūnas tried unsuccessfully to stage a photography exhibition. The Ministry of Foreign Affairs said OSCE was made "hostage to caprices of one delegation – Russia". The photographs featured military equipment without identification signs and "little

Lithuanian move at OSCE HQ may trigger "war of exhibitions"