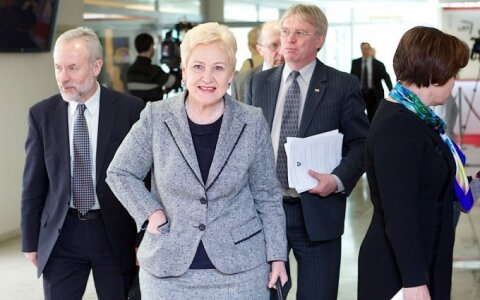 On 17-19 April, members of the Homeland Union-Lithuanian Christian Democrats (TS-LKD) will be electing a new chairperson of the party. The conservatives will cast secret ballots in direct vote in the party's branches all across Lithuania.

The candidate who receives more than half of the vote will be deemed the winner of the election. In case none of the parti