US Congressman John Shimkus: “I obviously have a special place in my heart for Lithuania” 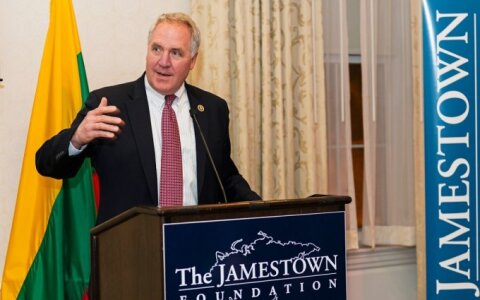 John Shimkus, the only US Republican congressman of close Lithuanian descent, says he is proud of Lithuania being such a staunch ally of the United States, with the ties deeply rooted in the two countries’ long-standing political, economic and cultural collaboration.

But cornered up to say whether Lithuania stands out “in any way” among the other Baltic States as the one “just-a-bit-closer” to the United States, especially in the field of energy – Lithuania is thought to be among the first European countries to start receiving US liquefied natural g

US Congressman John Shimkus: “I obviously have a special place in my heart for Lithuania”