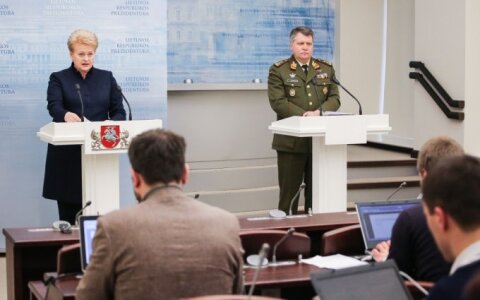 Lithuania's Armed Forces intend to establish a new motorized infantry brigade in western Lithuania, with the brigade staff to be set up next year.

A decision on the new brigade of the Land Forces was made by the State Defence Council on Friday.

"The new motorized infantry brigade will be established in western Lithuania. The brigade staff is planned to be set up in 2016, it will be based on the personnel of the Operational Planning an