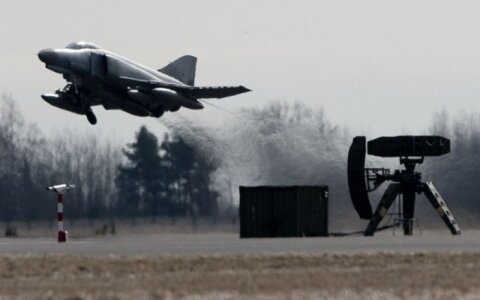 NATO fighter-jets guarding the Baltic skies from Šiauliai, Lithuania, were scrambled on Thursday evening to accompany a Russian transport airplane that was flying without a flight plan.

Captain Donatas Suchockis, public relations officer at the Lithuanian Army's Joint Staff, told BNS that the jets took off at about 6 p.m. following a signal about Russia's Il-76 flying in the international air-space above the Baltic Sea.

"The aircraft, which was identified as Il-76, was fly