Responding to Kremlin Propaganda in the Baltics 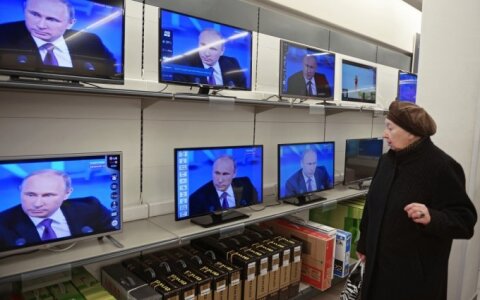 How to counter Vladimir Putin’s propaganda? The EU is trying to decide on a strategy. Meanwhile—you read it here first—the Nordic and Baltics states are steaming ahead with a very concrete plan that will soon offer Russian-language television in the Baltic states, where Russian minorities today almost exclusively watch Kremlin-directed TV. Call it Nordic noir versus the Kremlin, Elizabeth Braw writes in the World Affairs magazine.

“The Russians have a lot of good TV shows, so the Baltic states need something that will convince Russian-speakers to switch over,” says Per Carlsen, Denmark’s ambassador to Latvia. Russia offers good television indeed, especially compared to the rather simple Russian-language fare provided

Responding to Kremlin Propaganda in the Baltics