Minister of Defence: NATO 11 - more relevant than ever 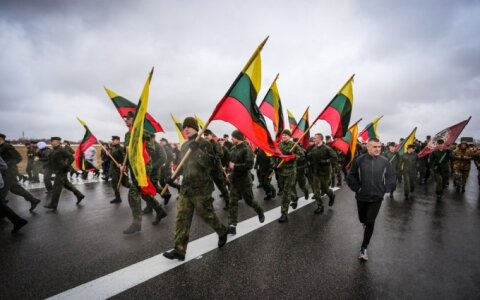 This year Lithuania's basketball legend Arvydas Sabonis will be sharing his shirt number 11 with NATO - on March 29 Lithuania marks the 11th anniversary as a member of the North Atlantic Treaty Organisation, the Ministry of Defence quotes Minister Juozas Olekas on its website.

We care to commemorate each anniversary of Lithuania's membership of the Alliance. We held formal events and intellectual discussions and launched publications to celebrate our first decade in NATO a year ago. Although we will have a smaller commemoration this year, marking such an anniversary is

Minister of Defence: NATO 11 - more relevant than ever