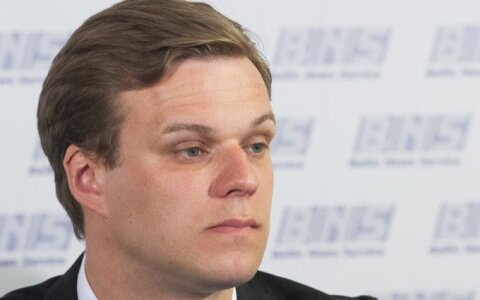 Lithuanian MEP Gabrielius Landsbergis has drawn up a draft report on EU-Russian relations, openly condemning Russia's aggression in Ukraine, calling on the EU to put pressure on Russia more actively to make it comply with international commitments, and also taking measures against Russian propaganda and wish to divide Europe.

The report, to be presented at the European Parliament's Committee on Foreign Affairs, openly calls Russia the instigator of the Ukrainian war, and also says Europe should halt any cooperation with Russia until it complies with its commitments taken under international agreements.