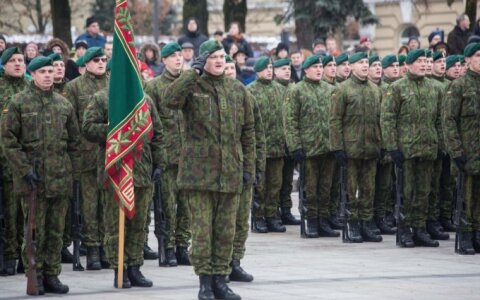 The Seimas of Lithuania on Thursday voted in favour of restoring conscription in the country. The first stage of military draft is scheduled for August-September, National Defence Minister Juozas Olekas said.

Overwhelming majority, 112 lawmakers, backed proposed changes to the principle structure of the Lithuanian army and the marginal numbers of troops in the national defence system in 2015. Three MPs voted against and five abstained.

Under the bill, the general marginal numbers of troops will