Israel and Lithuania have much to offer one another, says Lithuanian official 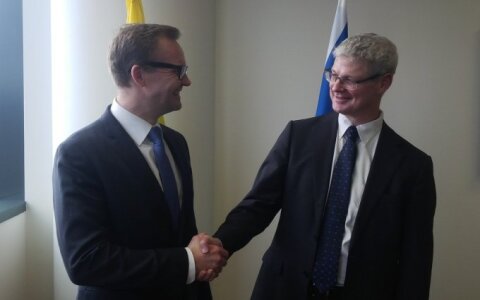 Opening of the Embassy of Israel in Vilnius and Political consultations between two foreign ministries, led by political directors Rolandas Kačinskas and Alon Ushpiz, are signs of solid and profound relations that Lithuania and Israel enjoy today, according to Lithuania's MFA.

Both countries are determined to promote common goals and to further strengthen bilateral relations in areas of foreign and security policy, economy and trade, science and education, people-to-people contacts, culture, tourism and others.

Israel and Lithuania have much to offer one another, says Lithuanian official