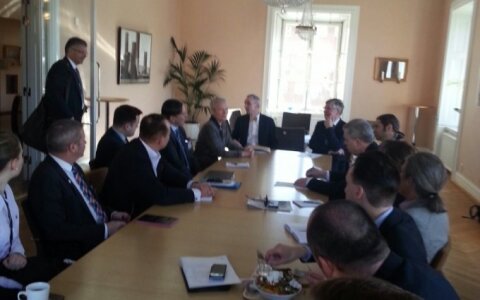 On 12 March, Lithuanian Ambassador to Sweden Eitvydas Bajarūnas, together with the Estonian and Latvian ambassadors Merle Pajula and Gints Jegermanis, attended a founding meeting of a parliamentary Baltic Network group at the Swedish Parliament.

Among attendees of this event in Riksdag were the chairmen of the newly formed group, social democrat Björn von Sydow and Moderate party parliamentarian Hans Wallmark, as well as a few dozen members of parliament.