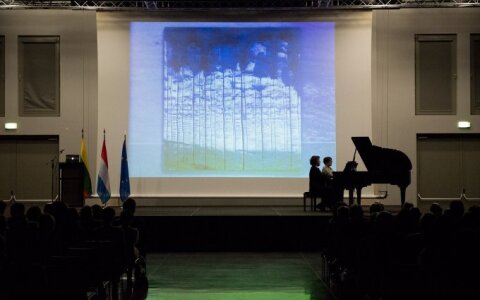 Lithuanian Ambassador to Luxembourg Gediminas Varvuolis delivered a word of welcome by congratulating everyone and by stressing Lithuania’s outstanding achievements during the last 25 years of freedom.

The guest of honour, former Prime Minister of Luxembourg and former President of the E