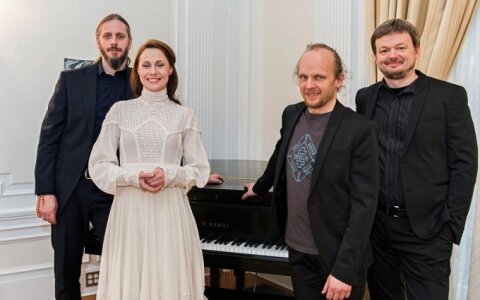 Ambassador Žygimantas Pavilionis welcomed the Lithuanian community and many friends. Looking at his watch, he informed the audience that it was already 11 March in Lithuania and that the 25th anniversary of re-establishing the modern state of Lithuania could officially start.

He was particularly happy that this historic event could be celebrated in the company of Skylė, a legendary group of four musicians that came on the music scene in 1991, in Vilnius, during the eventful days as the Soviet empire started to collapse. Skylė then joined the ambassador and the audie