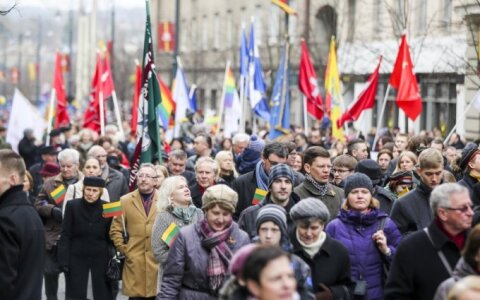 Thousands of people took part in a festive parade as Lithuania marked the 25th anniversary of its independence restoration on Wednesday.

Following the hoisting of the flags of the three Baltic states outside the Seimas of Lithuania, over 4,000 people, accompanied by a military orchestra, marched through Gediminas Avenue from the Seimas building to the Cathedral Square, with many people wearing national symbols and carrying the fla