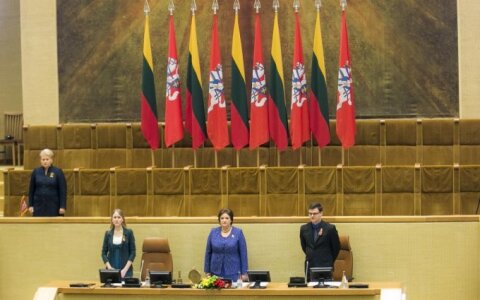 As Lithuania marks the 25th anniversary of its independence restoration on Wednesday, President Dalia Grybauskaitė called on Lithuanians to unite in the wake of new threats.

In her speech during the Seimas of Lithuania's solemn sitting, the head of state said that "the generation that gained freedom and defended it is an example to be followed by young people."

"The great power of unity of those years has become a legend. We need the same unity today, a quarter