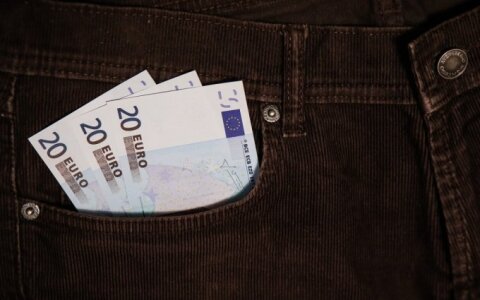 Despite the fact that minimum wage in Lithuania was raised in the beginning of 2015 to 300 euros, Lithuania is still behind most European countries. According to statistics published by Eurostat, Lithuania is 20th among countries that reported about their minimum wage. Luxembourg is leading with 1922.06 euros as minimum monthly pay to workers.

It is not a secret that the Lithuanian youth is leaving the small Baltic country and moving to places where they can earn more money for the same work. One of the most popular destinations is Great Britain, where minimum pay is 1378.87 euros per month, and the Netherlands where they will get at l