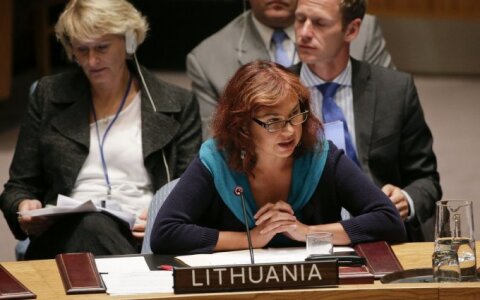 The people of Ukraine have had enough of statements from the international community, the time has come for it to show its position in work, Lithuania's Ambassador to the United Nations (UN) Raimonda Murmokaitė has said at the UN Security Council's meeting initiated by Lithuania.

In her words, the end of the war is up to Russia, as it was Russia that started the war.

The Lithuanian diplomat called for implementation of the Minsk accords reached in the Belarusian capital in September of 2014 and this February.

"According to these agreements, all the detainees,