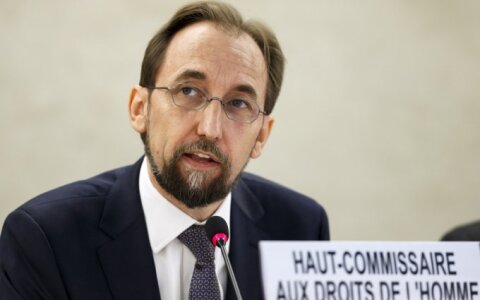 United Nations High Commissioner for Human Rights Zeid Ra'ad Al-Hussein said during a meeting with Latvian Foreign Minister Edgars Rinkevics on Wednesday that he was satisfied with the situation of ethnic minorities and non-citizens in Latvia.

Rinkevics delivered a statement at the High-Level Segment of the 28th Session of the UN Human Rights Council in Geneva. This is the first time that Latvia participates in the debate as a Council Member.

During the visit to Geneva, Rinkevics also had a meeting with UN High Commissioner for H