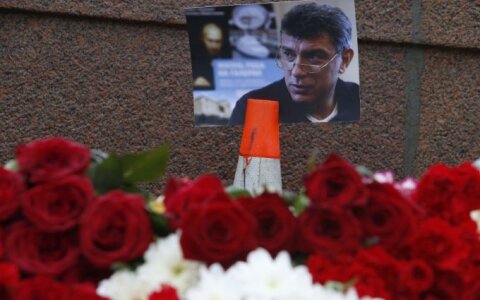 Lithuanian President Dalia Grybauskaitė has called the murder of one of the key Russian opposition figures, Boris Nemtsov, Russia's sliding into the "darkness of terror".

"Murder of Boris Nemtsov shows that Russia slides down to darkness of terror against its own people," the Lithuanian president tweeted on Friday night.

Nemtsov, 55, was shot dead in central Moscow earlier in the day, a spokesman for the Russian Ministry of Internal Affairs confirmed.