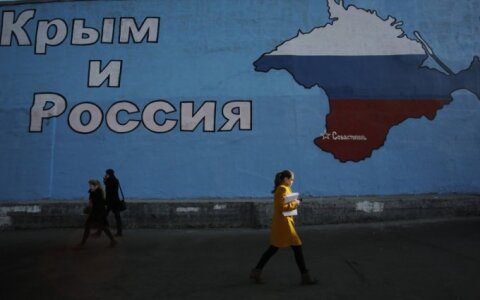 According to the press release, the Russian Federation's military aggression launched a year ago in Ukraine's Autonomous Republic of Crimea and now continuing in eastern Ukraine, is "a blatant violation of international law" including the UN Charter, the Helsinki Final Act, the 1994 Budapest Memo