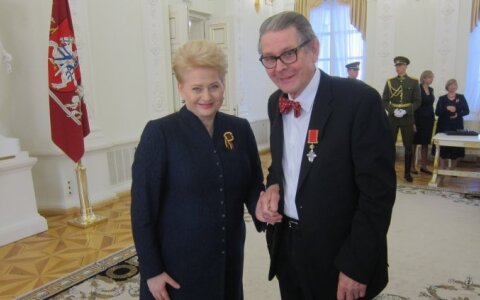 Arvid Bryne is a well-known Norwegian journalist and author and one of the best friends Lithuania has in Norway. A quarter of a century ago, he was among those who witnessed first-hand the challenges that Lithuania went through to build an independent and democratic state; moreover, he lent a hand in dealing with some of them.

For his assistance to the Baltic country, Lithuanian President Dalia Grybauskaitė awarded him with the order "For Merits to Lithuania" on 16 February 2015. When asked what he felt when he learned about the award, Bryne's response was short: "Pride."

As the foreign desk editor at one of Nor