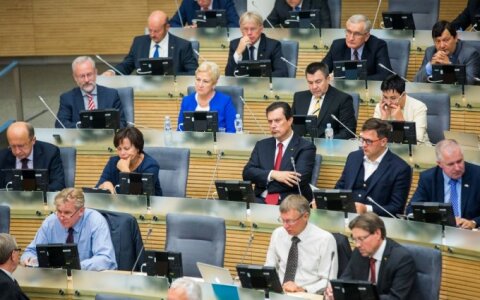 A large group of prominent Lithuanian politicians will vie for a parliamentary mandate at the single-mandate constituency of Žirmūnai in Vilnius on 1 March.

A new MP will have to be elected after Social Democrat Vytenis Andriukaitis, who was elected there, took a post at the European Commission. Reviewers say there is no clear favourite in the elections.