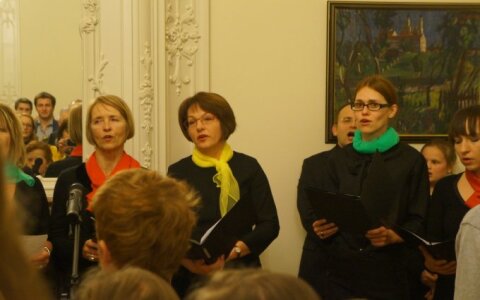 On this special occasion, the historical national flag of Lithuania was raised, Lithuanian community choir, together with 300 Lithuanian participants, sang the National Anthem. Permanent Representative of Lithuania to the EU, Ambassador Raimundas Karoblis, and Lithuanian Ambassador to the Kingdom