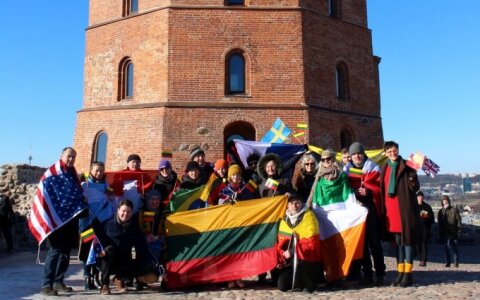 Lithuanian repatriates joined in for celebrations of 16 February, Lithuania's independence day, in Vilnius. Members of the NGO "Sugrįžus", founded by former expatriates who have returned to Lithuania, held a gathering by Gediminas Castle on Monday afternoon, sporting flags of Lithuania as well as the countries that were formerly their homes.

"With this symbolic action, the organization [...] drew the society's attention to the fact that Lithuanians do return to live in Lithuania after gaining experience in different places around the globe," the organization said in a press release. "The repatriates join everyone else in building a f