Vytautas Landsbergis on Minsk agreement: It is worse than Munich 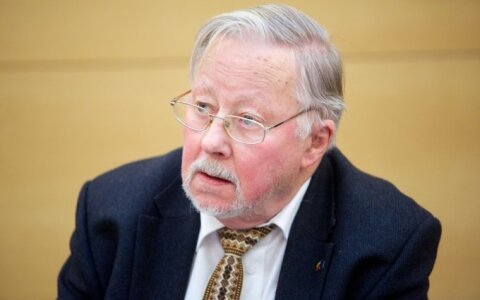 Vytautas Landsbergis, Lithuania's first post-Soviet leader and honorary chairman of the conservative Homeland Union, says that the Minks agreement for ceasefire between Kiev's forces and Moscow-supported separatist fighters in eastern Ukraine, which was signed on Thursday, is worse than the Munich agreement of 1938.

The conference in 1938 has come to symbolize Western impotence after Great Britain and France tried to appease Adolf Hitler by giving him Sudetenland, which led to occupation of Czechoslovakia and, eventually, World War Two.

"In that Munich conference, there probably weren't any Sudeten SS

Vytautas Landsbergis on Minsk agreement: It is worse than Munich