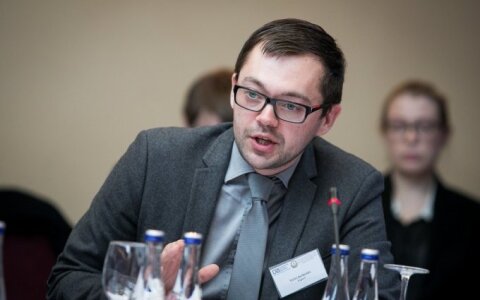 The Minsk talks, which ended on Thursday in an agreement on ceasefire in eastern Ukraine, have proven that the "war button is pushed" in Moscow, says a lecturer at Vilnius University's International Relations and Political Science Institute Vytis Jurkonis. He emphasized the importance of putting the agreements into practise, as earlier cases have shown that Russia is less than a trustworthy partner.

"The Minsk negotiations are viewed from highly different perspectives. Some hold a historic stance and recall Munich in 1938, but we can look at more recent agreements. Whatever became of the agreement bearing a nearly identical Minsk Group name on the Nagorno Karabakh issue? It is a conflict tha