Lithuanian historian: Moscow does not have moral right to host end of WWII celebrations 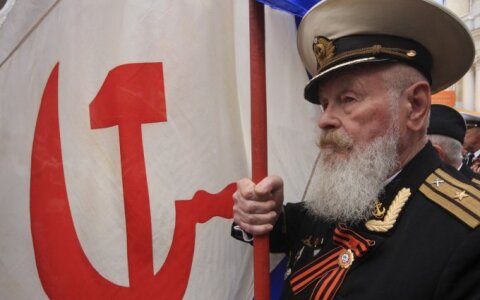 Ronaldas Račinskas, the head of the International Commission for the Evaluation of Crimes of the Nazi and Soviet Occupation Regimes in Lithuania, approves of the ideas of Polish politicians when they say that events marking the end of World War II hostilities should take place in other European capitals and not in Moscow. He says that Russia continues to justify its actions with categories from World War II.

On 8 May, President of Poland Bronislaw Komorowski intends to host commemoration events for the 70th anniversary of victory in World War II on the Westerplatte peninsula near Gdansk.

He plans to invite European leaders to this event. The head of the Polish diplomatic service in turn noted

Lithuanian historian: Moscow does not have moral right to host end of WWII celebrations