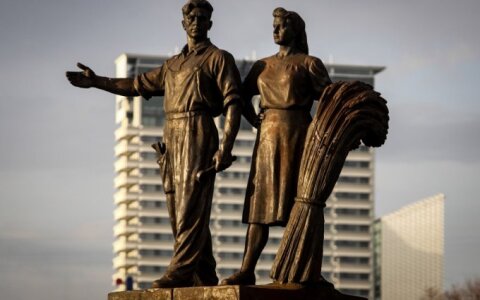 The Soviet statues on the Green Bridge in central Vilnius will not be removed from the Register of Cultural Monuments, a special panel at the Department of Cultural Heritage, which evaluates immovable cultural heritage objects, decided on Tuesday.

The move practically blocks plans of the city authorities to remove the statues.

The panel made such a decision despite the conclusion drafter previously by the Centre of Cultural Heritage which said that the Green Bridge statues did not need legal protection.

The four groups of statu