Algirdas Kaušpėdas: We must invest into Lithuania of the World - with our work, money and direct contacts 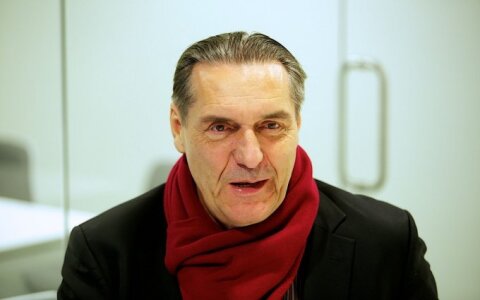 On 11 March, Lithuania will be celebrating a quarter-century anniversary of restoring its independence. Freedom, global Lithuania, the Lithuanian identity and unity are concepts that are dear to Algirdas Kaušpėdas, an architect, singer and one of the leaders of the Sąjūdis, the 1980s liberation movement that culminated in Lithuania declaring independence from the Soviet Union on 11 March 1990.

Kaušpėdas led a music band of rebellious youths which became the voice of what is often referred to as 'the singing revolutions'. Twenty-five years on, Antis is still with us and Kaušpėdas' poignantly ironic lyrics sound just as relevant. Interview by Global Lithuania Network.

Algirdas Kaušpėdas: We must invest into Lithuania of the World - with our work, money and direct contacts