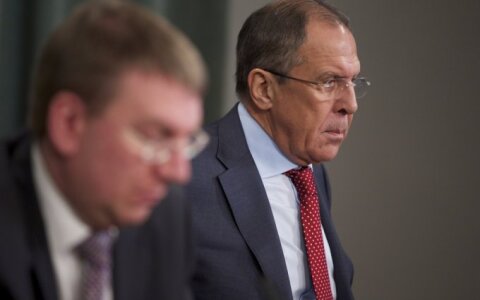 The European Union will set up a special communications team to counter Russia's propaganda campaign, which will also offer objective information about processes and events, it was decided during Thursday's meeting of EU foreign ministers, according to Latvian Foreign Ministry Parliamentary Secretary Zanda Kalnina-Lukasevica.

She told LETA that a communications team from various EU institutions would be established.

In a letter sent to EU foreign affairs chief Frederica Mogherini last week, Latvian Foreign Minister Edgars Rinkevics pointed out that the question of how to best counter Russia's propaganda should b