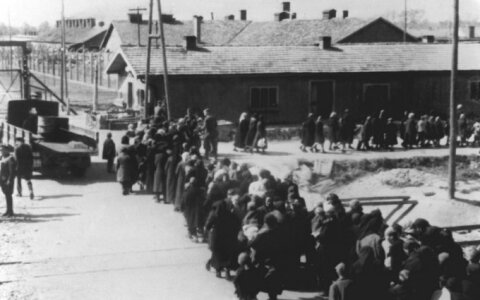 Tuesday marked the anniversary of the liberation of Auschwitz. Tanks of the First Ukrainian Front broke through the enclosures 70 years ago.

Twenty-year-old Ihor Pobirchenko was the first to confront the unimaginable horror perpetrated by the Nazis. Atop a tank, he saw people hanging from the barbed-wire enclosure. They were alive, but barely; the fence was not electrified. The tanks rolled in.