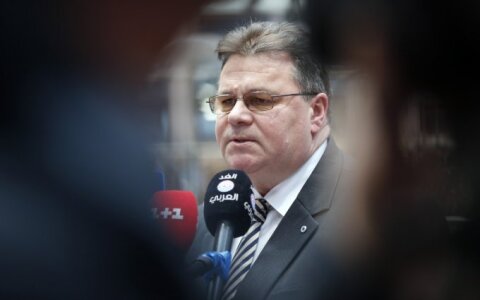 Having convened for an extraordinary session on 29 January, the European Union Foreign Affairs Council decided to extend current sanctions against Moscow. New restrictions against Russia will be imposed only if the situation in eastern Ukraine does not improve or deteriorates. Minister of Foreign Affairs Linas Linkevičius has called the decision an optimal one.

The European Union has extended restrictions, asset freezes and visa bans, to officials from Russia, Crimea and Ukraine until September 2015. Federica Mogherini, High Representative of the Union for Foreign Affairs and Security Policy, told the media after the sitting that the Union would prepare