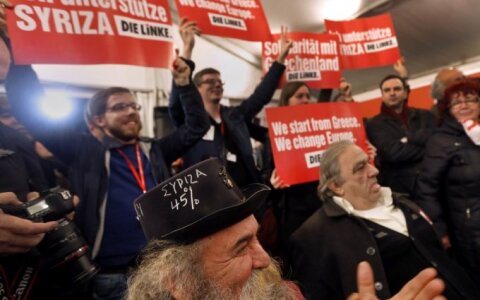 After the far-left Syriza party won Greek parliamentary elections, Lithuanian parliamentarians say they do not expect major changes in Europe, as politicians tend to mollify their stance after coming to power.

Lithuanian MPs told BNS that major changes in the Greek stance on Russia are also unlikely, as this is not a priority matter for Greece. Furthermore, Greece was not strict towards Russia until now. Nevertheless, all parliamentarians agree that the victory of the Euro-sceptic party is "not an adva