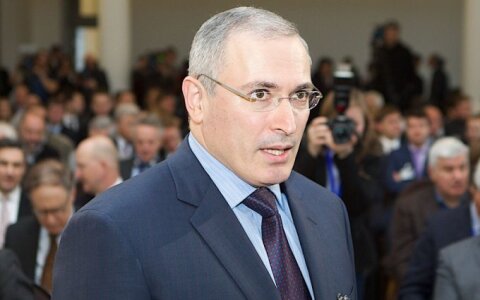 Mikhail Khodorkovsky's speech in Vilnius last week drew considerable controversy, with some saying his suggestions of easing economic sanctions on Russia played right into Vladimir Putin's interests, while others noting Khodorkovsky's sober and measured reasoning. The following is a full transcript of Khodorkovsky's address, translated from Russian by Katerina Sinkevičienė.

Dear colleagues, I will allow myself to look into my notes, since this will let us all pass thisunpleasant part of yet another address. You have heard many of them. The past year’s events have demonstrated that Europe has closely approached the turbulence zone. Inter alia, the crisis in Ukraine