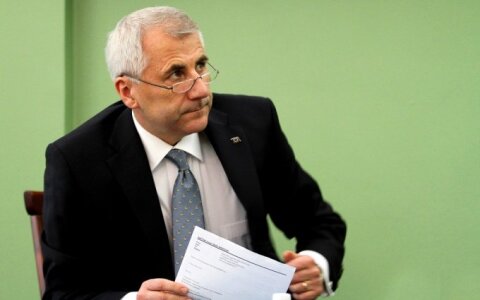 Russia's Education and Science Ministry wants to be informed about the meetings of university students with the staff of the European Union (EU) Mission to Russia, which is headed by Lithuania's former foreign minister Vygaudas Ušackas, Russian media said on Wednesday.

The ministry has sent out a special letter to the country's universities, asking to be notified about planned events involving staff members of the EU Mission to Russia.

"Amid the deterioration of the relations with Russia due to the crisis in Ukraine, one of the tasks of the European Union