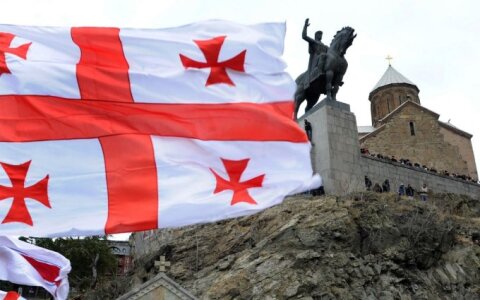 Georgia has also commemorated the 24th anniversary of the Lithuanian Freedom Defenders' Day, honouring the fallen victims of the Soviet aggression back in tragic events in 1991.

Georgian president, parliament speaker, defence minister, Tbilisi mayor and other local authorities gathered in the centre of Tbilisi to carry a 200 metres Lithuanian flag, brought from Lithuania for the occasion, agenda.ge reports.

"As the saying goes, the tree of liberty must be refreshed