Mikhail Khodorkovsky among guest speakers at forum in Lithuania 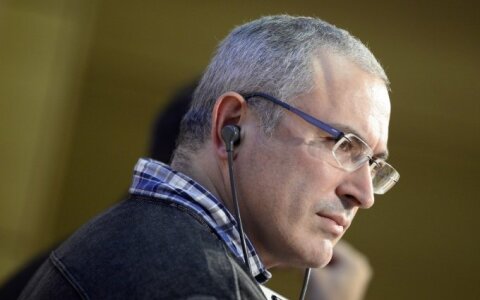 Snow Meeting, a traditional informal discussion club, organised by the Foreign Ministry of Lithuania since 2008, will be held on 15-16 January in Trakai and Vilnius, the ministry said in a press release.

The participants will debate on how to protect Western society and values from Russia’s aggressive efforts to redraw the map of Europe, how to set up the relationship between the West and Russia, how to help Ukraine, Moldova, Georgia and other countries to overcome Russia’s pressure and to co

Mikhail Khodorkovsky among guest speakers at forum in Lithuania