EU ambassador to Moscow Ušackas: Putin will stay on 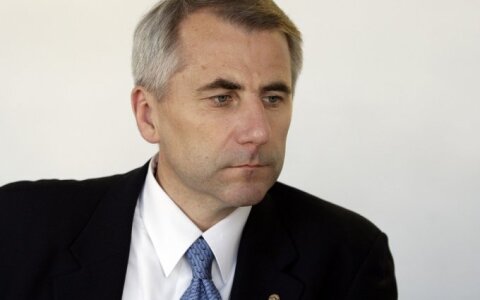 Head of the Delegation of the European Union to Russia, Vygaudas Ušackas, has met with Lithuanian businesspeople and said that Russian President Vladimir Putin should not be expected to leave leadership any time soon. Ušackas said 2015 will be an uncertain year in relations with Russia and anything can happen.

"Currently there is no alternative in Russian politics. Even though there are many bright people in the opposition, they are disunited," said Ušackas and added that conjuncture is favourable to Putin and that repressive authorities are heavily involved in political and economic life.

EU ambassador to Moscow Ušackas: Putin will stay on