Minister Linkevičius in Paris: There is a palpable wish to be together and united 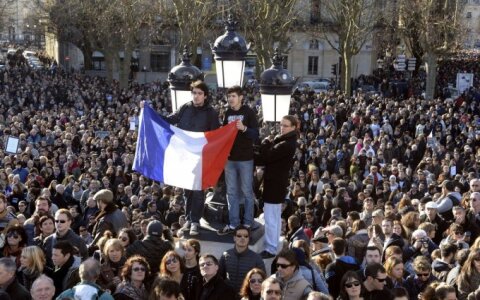 The Republican March in France on Sunday was important not just for the French people, but for entire Europe and the world, said Lithuanian Foreign Minister Linas Linkevičius, adding that the event is a unifying experience.

The Lithuanian minister joined officials and leaders from other countries in the solidarity march on Sunday.

"Many people showed up. True, the state leaders' groups is slightly removed from the crowd, but I can still see many people coming in. People in the buildings along the march route a

Minister Linkevičius in Paris: There is a palpable wish to be together and united