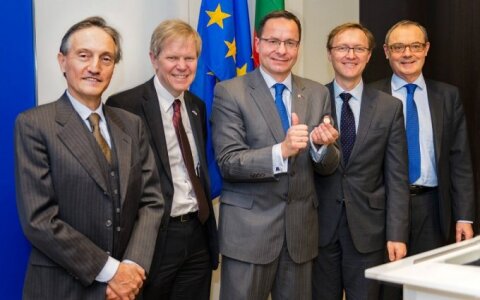 On Wednesday, 7 January, Lithuania’s entry into the eurozone was a cause for celebration in the US capital. During a very well attended ceremony at the EU Delegation Lithuania was fêted as the 19th euro area member.

After a minute of silence to honour the victims of the Paris shooting, earlier that day, the EU’s Ambassador to the USA, David O'Sullivan, underscored the importance of Lithuania adopting the euro. "It shows the vitality of our common (EU) project and its openness to all member states," and he